For its 28th edition, one of the world’s best known small jazz festivals is presenting a programme high on cultural diversity and new talent. For nine days from 9 to 17 April, the Cully Jazz Festival presents living legends Charlie Haden and Hank Jones alongside a new generation of surprisingly young jazz musicians from the far corners of the planet.

Half way between Lausanne and Vevey, Cully once a year becomes the centre of the jazz universe. Musicians from a great variety of countries converge with 45’000 music lovers on a tiny medieval village of no more than 1’500 inhabitants. All the streets come alive with music.

The Cully festival is known for its adventurous programming and this year’s edition is spotlighting a bright new generation of jazz artists. Classical, experimental, vocal, electro, gypsy, minimalist and ethnic jazz, as well as nomad folk and the blues are on offer.

“Jazz is really opening up as musicians invent new styles, while at the same time ‘world music’ is moving closer to jazz. We just happen to be at the crossroad of this development” says Carine Zuber who despite being in her thirties has been programming the festival for years along with eight inspired acolytes (all young and all volunteers).

Amongst the jazz legends, the eternally youthful 91 year-old Hank Jones (10 April) will be giving two solo piano performances in the inspirational environment of the Cully temple. The bassist Charlie Haden (9 April) will be playing his particular brand of cool and minimalist jazz in the main tent venue by the lake.

Sure values of the rhythmic kind include Manu Katche (13 April), the laidback French percussionist of Ivorian origin who has recorded with Peter Gabriel, Sting and Tori Amos, who will be leading his quartet, while the Cuban pianist Chuco Valdes (12 April) will be offering salsa rhythms. Guitar aficionados will not want to miss the New York-based experimental  virtuoso Marc Ribot (17 April).

As usual in Cully, the African continent  will be present en force, including with the soulful voice of Benin-born Angelique Kidjo and Staff Benda Bilili (both on 16 April), a group of handicapped Congolese street musicians who make music dance.

Piano takes discovery to new heights this year at the Cully festival, but with strikingly different approaches to the keyboard.

With his latest album voted best jazz album of the year by the Village Voice, Vijay Iyer (15 April), the American pianist of Indian origin, comes with a fast and demanding music that he refers to as “spontaneous architecture”. For him, jazz should resonate in everyone. 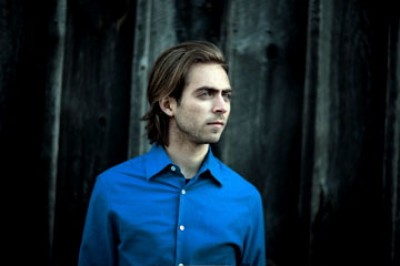 For ample and instantly engaging piano, look for Aaron Parks (9 April), the 24 year-old who has signed up with the mythical Blue Note. “Somebody once asked me to find two words that describe the music I make, and the words I picked were ‘spontaneous’ and ‘cinematic’” he says.

From Armenia, the former child prodigy Tigran Hamasyan (10 April) who has now reached the ripe old age of 22 pitches a high level of emotion into his music with the help of his combo of musicians from the States as well as female vocalist Areni.

As for the singers this year in Cully, women make up the majority but they are all from very different horizons.

Pictured above, Hindi Zahra (11 April), who is of Berber origin from Morocco, is billed as one of the star attractions of the festival. But don’t expect an ethnic concert, her music is deeply sophisticated and she sings in English.

The sweet sounding Youn Sun Nah (15 April) hails from Korea and the Swiss (aka Lole) Olivia Pedroli (14 April) of eerie beauty will be accompanied by musicians from Iceland.

Escaping every conceivable label, the New York-based Fredo Viola (17 April) is several singers wrapped into one, as the former choir boy can make harmony even with the sound of the wind. A voice to sooth the universe and spark our desire for music from here to eternity.

Special programmes will highlight particular themes, with a special concert on 11 April dedicated to the memory of the phenomenal Django Reinhardt.

But Cully crossovers are not just taking place in music. “This year we’re doing something really special” Zuber says. “Because our festival reflects so many cultures, we want to create a mirror image of Cully with different places in the world” she explains.

The festival commissioned the Swiss photographer, Claude Baechtold, the winner of the Images’08 photo contest in neighboring Vevey, to create a living ‘Memory’ game by taking pictures in Cully and then finding equivalent images in seven distant locations, including the North Pole, China and Senegal.

The larger-than-life photographs will be exposed by the train station, the entry point for visitors who are wise enough to avoid going to Cully by car.

Check the Cully website for the complete programme and remember that the festival is not just about going to a concert. It’s about an atmosphere thick with music and discovery and lots of good food. 70 free concerts are also programmed in the off-festival.

Carine Zuber says brightly: “With Cully, you don’t need to travel, we’re bringing the world to you. For nine days, Cully becomes Manhattan on Léman!”