Published by Time Out Switzerland on 22 February 2016: LINK

If there is one exhibition not to miss this year in Switzerland, it’s the double billing in Bern of a Swiss art collection that will soon be disappearing to China. For more than 40 years, Swiss businessman, diplomat and financial journalist Uli Sigg has been documenting the deep changes in contemporary Chinese society through the art that it has produced.

A visual panorama of the complexities of modern day China can be seen at the Kunstmuseum (Fine art museum) and the Paul Klee Centre, two major museums in Bern that now come under the same umbrella.

This exhibition is ground-breaking because it teaches us that art can still be meaningful: it reveals more about the paradoxes of China than words can express. Clearly uncensored, the power, humour and occasional beauty of Sigg’s choices are invigorating.  They are also audacious.

Curator Kathleen Buhler has rounded up a remarkable selection of 150 paintings, videos and installations from the 2,200 works of the Sigg collection. Instead of a didactic course, she has created environments.

The unexpected result is a sense of artistic solitude in the first museum, despite the profusion of human figures, and a form of collective paranoia in the second museum. Both must be visited to get the entire picture.

The Kunstmuseum is like stepping off a plane and discovering a land that is both alien and familiar. It houses the more seductive and flamboyant art, the kind that western merchants are scrambling to get their hands on (Fang Lijun, Li Tianbing). Stunning, large format works (Ma Ke, Liu Wei, Xue Feng) are presented in contrast to more mellow yearnings for nature (Ni Youyu, Jin Jiangbo, Li Dafang, Shao Wenhuan). 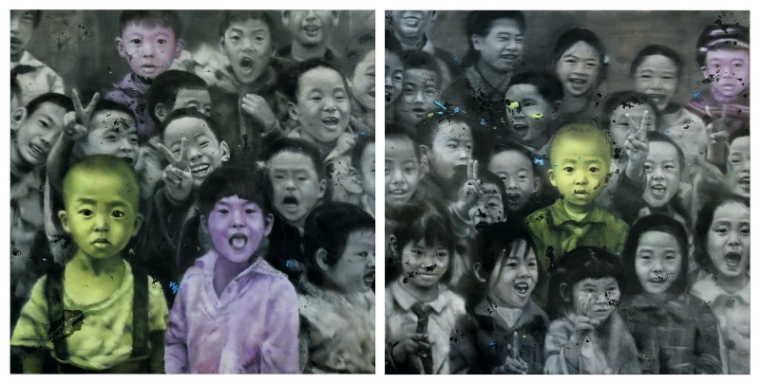 The Klee Centre, on the other hand, is like falling off a train at full speed and tumbling into a world where irony, frustration, cruelty, vulgarity, humour, tenderness and poetry collide. Propaganda art with a twist (Chow Chun Fai, Jing Kewen) is plastered over seedy scenes of drugs and sex in a motel (Chi Lei), a video on utopia in a factory, complete with a dancing angel (Coa Fei), plays alongside a martyr about to have his flesh sliced off (Chen Chieh-Jen).

At the end of the gallery, life-size puppets of old age pensioners modelled on world leaders from various cultures mill around in wheel chairs that bounce off each other like bumper carts (Sun Yuan & Peng Yu).

Although the most famous of Chinese artists today has played an important part in the collection, Ai Weiwei’s thunder is stolen with a disturbing look-alike of his much criticized imitation of the Syrian child washed up on the shores of Greece. By He Xiangyu, it is entitled “Death of Marat”.

The stunning Sigg collection will form the bedrock of the upcoming M+ museum for visual culture in Hong Kong designed by Swiss architects, Herzog & de Meuron, that is due to open in 2019. 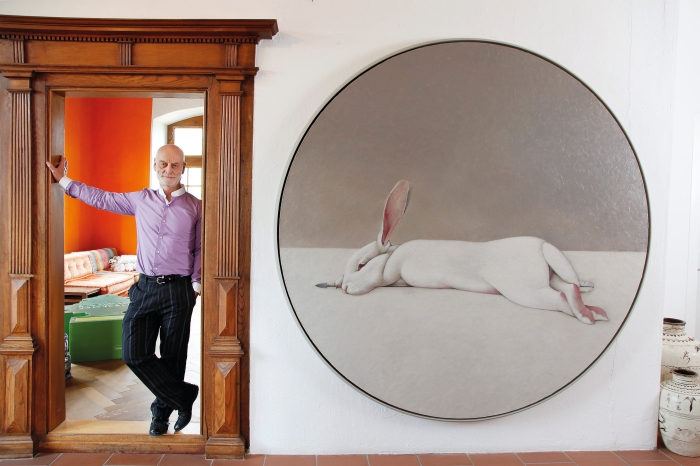 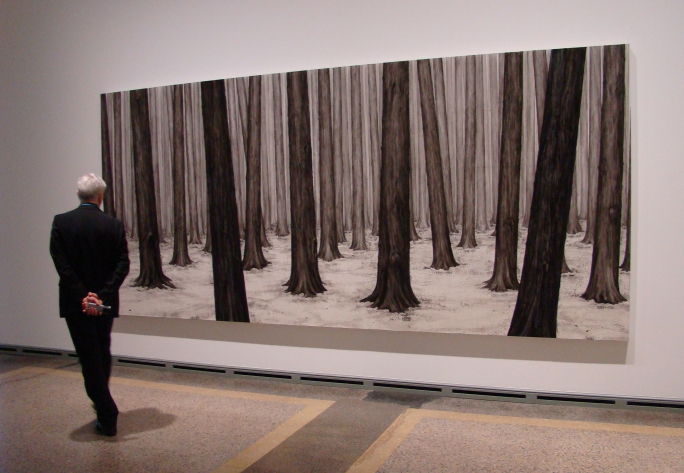 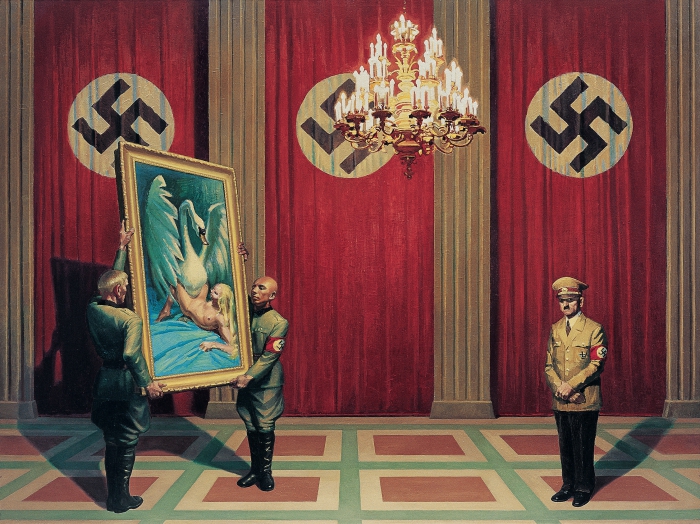