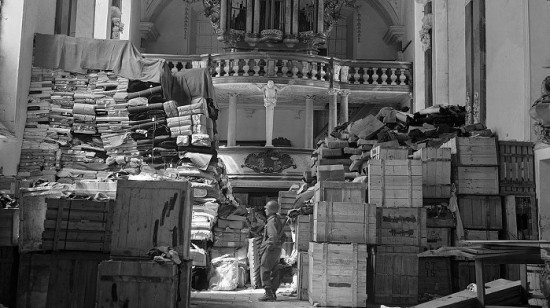 As a major hub for the sale and transfer of Nazi-looted art during the Second World War, Switzerland is said to hold the key to provenance gaps that even the web portal recently launched by the Swiss government cannot fill.

Article published by Swissinfo.ch on 7 November 2013 in 9 languages (see links at end):
A RACE AGAINST TIME Swiss urged to provide missing links to Nazi-looted art

Time is running out for the surviving members of the Jewish families whose art collections were plundered or confiscated by the Nazis during the last war. As restitution claims become more complex and cover different judicial territories, many rightful heirs are giving up.

In an effort to help claimants, museums and researchers coordinate their efforts in the identification of ‘spoliated’ art (works seized by force), the Swiss Federal Office of Culture launched an online portal in June.

But as the art world continues to display, transfer and sell works of art that may have been stolen during the last war, swissinfo.ch asks experts on both sides of the Atlantic what more can be done.

Switzerland, they suggested, may be part of the problem, as well as the solution: if the documentary evidence of the sales that took place on Swiss soil during and after the Nazi era were to resurface, some of the provenance gaps that poison the art world would begin to close, making it impossible for present owners to ignore the conditions in which the art was taken.

But recent identification and restitution campaigns are facing the growing resistance of art institutions on the grounds that the expropriation evidence is incomplete, that too much time has passed (statute of limitations) and that great art belongs in the public domain anyway.

As a land of refuge for Jewish families and their possessions, as well as a turnstile for Nazi-sympathetic art dealers, Switzerland became an important art sales hub during and after the Nazi era.

Several Swiss galleries, including Gutekunst Klipstein (now Kornfeld) in Bern, Fischer in Lucerne and Fritz Nathan in Zurich organized major sales and auctions that allowed innumerable works of art to be transferred abroad, mainly to the US. Their archives, as well as those of Bruno Meissner and the Moos brothers, are believed to hold the answers to the conditions in which the works were appropriated for sale.

“Instead of opening a website, the Swiss should be opening up their archives,” said Raymond Dowd, a US expert on the legal obstacles to recovering stolen art.

As council to the US-based heirs of the Austrian cabaret performer Fritz Grunbaum, arrested by the Nazis in 1938 and who died at Dachau in 1941, Dowd, a partner in a prominent US law firm, was unable to access the documentation that accompanied the dispersal of Grunbaum’s reputed art collection, much of which resurfaced in Bern in 1956.

Despite their status as spoliated art, many of the paintings and drawings by Egon Shiele that Grunbaum had originally acquired were bought up by the Leopold Museum in Vienna, a private foundation that is in fact owned by the Austrian government, as well as by more than ten American museums, that never questioned their provenance – until the claims were made.

By burying their heads in the sand, Dowd claims that museums are acting like the Swiss banks that did not own up to unclaimed assets of Jews until the publication in 2001 of the Bergier report commissioned by the Swiss government. The banks later made a settlement of 1.25 billion US dollars to the surviving heirs.

He provided documentation that FIDES, a financial service that now belongs to a major Swiss bank, was a primary channel for the sales. He said that its role as a launderer of ‘degenerate’ art has never been fully investigated.

According to Benno Widmer, who heads the Bureau of looted art for the Swiss Federal office of culture, Switzerland has not stood idle all these years. 71 paintings were returned to their owners as early as 1946-47 and the process of identification has never been interrupted. He pointed out that the situation of countries occupied by the Nazis was more problematic, with many thousands of looted works of art still orphaned or unaccounted for.

“Each work of art has its own history and we encourage our museums to research that history,” he explained. In 2010, a museum-wide survey conducted by the FOC revealed that the provenance of less than a quarter of the art works acquired between 1933 and 1945 had been clarified.

The purpose of the recently launched website by his department is to allow the aggregation of the available information and to promote additional provenance checks. “Museums are telling us that we have provided them with the tools,” he said.

The black boxes of art

In the lead up to the Washington Principles in 1998 (see infobox), the Swiss authorities mandated Thomas Buomberger, a Swiss art historian and journalist, to produce the first official report on Switzerland’s role as a transit country for looted art during the war.

“There is definitely an effort by the art market to put a blanket over the entire issue,” he claimed, and although he does not believe that Switzerland as a country has anything to hide, the descendants of the art dealers involved in the sales of spoliated art may still be sitting on invaluable archives, unless they have been destroyed, he said.

Furthermore, Buomberger is not convinced that the provenance research promised by Widmer will be enough: “No law obliges museums and art dealers to look for the origins of ownership, so few do. They see no reason to dedicate their funds to costly and lengthy research.”

“The museum vaults that haven’t yet been examined and the archives that have gone missing are the black boxes of the art world,” he added.

He mentioned that even one of Switzerland’s largest and most prestigious museums, Kunsthaus Zurich, doesn’t know what is in its vaults. Despite the public assurance of due diligence in provenance research, a former Vice-Director recently told Buomberger that even he had no idea.

Buomberger’s affirmation was vigorously denied by Kunsthaus’ Björn Quellenberg, contacted for the purposes of this article. Quellenberg said that a five-year complete inventory at the cost of more than CHF1 million was made in 2007, following previous research done in the 1980s and that the provenances of art acquired by the Kunsthaus between 1930 and 1950 “can be deemed non-questionable”.

Quellenberg mentioned that the Kunsthaus, which is a private association, will not be contributing to the official Swiss database. It is worth noting that auction houses won’t either.

According to US academic and author, Jonathan Petropoulos, the wrongdoing did not end with the war: it leaked into the post-war era.

He emailed: “Even though there is more transparency with regard to bank accounts, the bank vaults and customs-free ports are still havens for stolen property. After the war, a lot of stolen art was moved from Bavaria and Austria to Liechtenstein and Switzerland.”

“The ‘creative’ Stiftungen that were formed, along with the banks, provided a means to conceal the looted art,” he added, giving the examples of Dr. Bruno Lohse (see swissinfo.ch article) and Ante Topic Mimara.

Petropoulos has recently suggested that an exponential increase in the value of disputed artworks is driving up the stakes. 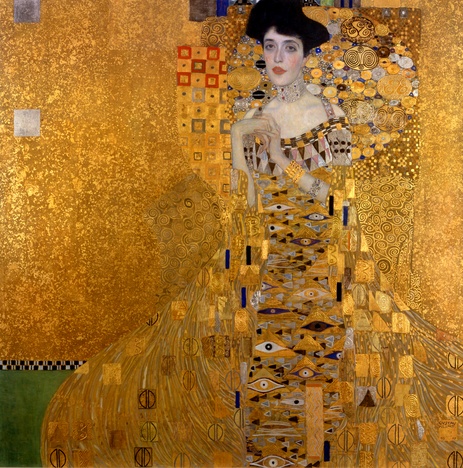 After several Klimt paintings were returned to Maria Bloch Altman in 2006, cosmetics heir Ronald Lauder paid her $135 million for this Portrait of Adele Bloch-Bauer I, now on display at New York’s Museum for German and Austrian Art. (akg images)

Although there have been spectacular retrievals of dispersed art collections, as in the case of art dealer, Paul Rosenberg (a story told by his granddaughter, Anne Sinclair, former wife of Dominique Strauss Kahn, in a recent book), provenance research remains arduous because so many pieces of the puzzle are missing. More than nine out of ten claimant cases continue to be thrown out by US courts each year.

In a startling development, a number of US museums are now taking pre-emptive measures to obtain court orders that confirm their rightful ownership despite provenance gaps and even before restitution claims are made, as have New York’s Guggenheim for Picasso’s Le Moulin de la Galette and the Fine Arts Museum in Boston for Oskar Kokoschka’s Two Nudes, 1913.

A spokesperson for the New York MoMA recently declared that it is a museum’s obligation to the public to retain ownership of the works.

In order to reactivate the international goodwill generated by the Washington Principles, Thomas Buomberger believes that the drive must once again come from the US (where much of the disputed art is located).

“We need to be reminded of our moral obligations,” he said as an encouragement to the Swiss to provide the missing provenance links.

In July, the US Federal Bar Association called for “the Congressional creation of a commission to address identification and ownership issues related to Nazi-confiscated artworks, pursuant to the Washington Conference Principles”.

Benno Widmer said that the Swiss Federal Council has reaffirmed its commitment: “The work will continue until we know the story behind those works of art”.

In 1998, under the guidance of the US, 44 nations signed an agreement to promote the identification and restitution of Nazi-spoliated art, but because the so-called Washington Principles were non-binding, they were largely ineffective. 15 years later, despite the political goodwill manifested in Germany, Austria, Holland, France and to a lesser extent the UK, provenance searches are usually only initiated by restitution claims. Spain, Italy, Hungary, Poland and Russia continue to demonstrate outright hostility to any form of restitution, despite their having signed the agreement.

Ori Soltes, co-founder of the Holocaust Art Restitution Project, a forum dedicated to helping potential claimants, pointed out in a phone interview that international public attention has been crystalized by restitution claims for world-class paintings. He predicts that when the drawers in museums are opened at last and shelves examined, a second layer of paintings, drawings and prints will start to appear, not to speak of the vast libraries of precious books that also disappeared in the War. The emotional value of these objects for the Jewish families from whom they were taken far exceeds their market value, he said.

“American museums are pulling wagons around in circles until proper provenance research is done,” he claimed.